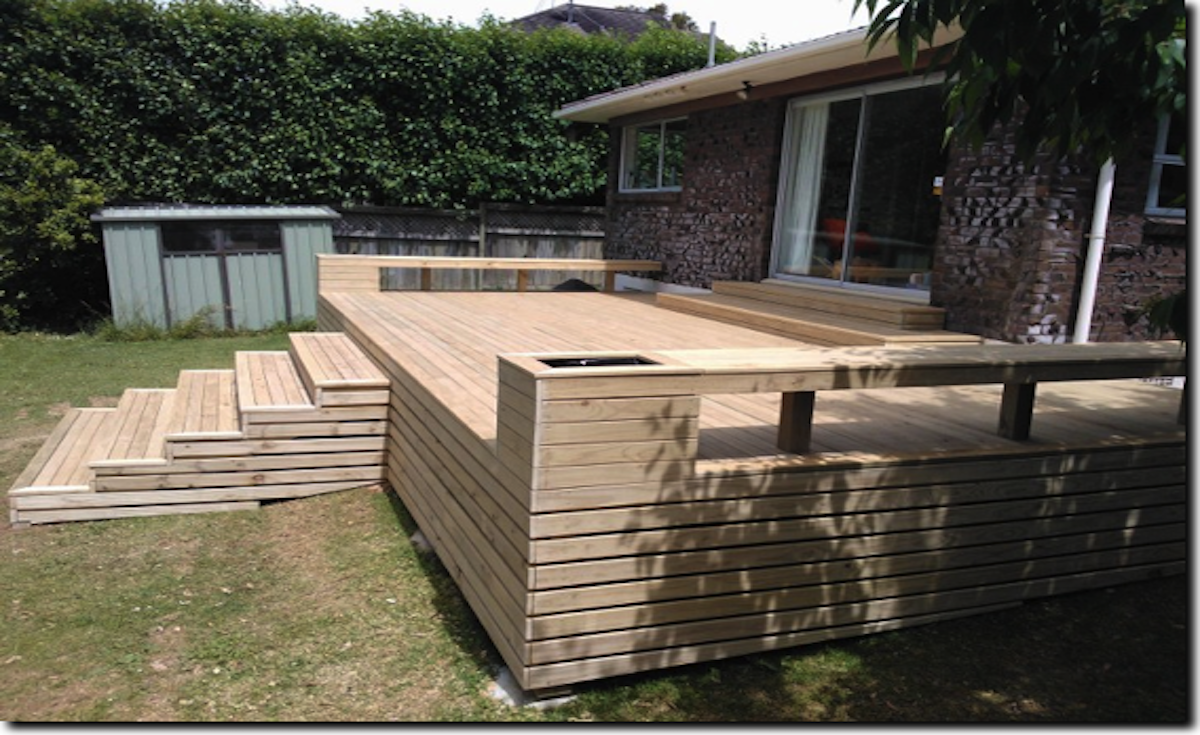 For this deck replacement project, we started with a relatively blank canvas . The original deck – presumed to have been built some time in the 80’s, back when clinker brick was fashionable – had seen better days, and with so much area available to create a new deck, this was the beginning of a much larger landscaping overview.

The original idea was to build the deck to a height that did not require a hand rail so as to retain the uninterrupted view through the ranch slider. Secondly was to incorporate furniture into the deck construction that was functional and would allow the owners to relax while looking out over their garden area. We also incorporated planters into the seating area for herbs and other seasonal plants for the kitchen, as well as wide steps – that could also double as seats – in front of the sliding doors and leading down to the garden. Lastly, we incorporated storage underneath the deck, by way of a side door which you can see in the photos, to provide a safe and protected space to keep large outdoor furniture, kayaks and other outdoor items.

A few concept drawings and much discussion around the practicalities of construction and we had a build plan ready to go. The finished result was a fantastic new outdoor living area for the owners to enjoy, which they later said was also a much commented on and valued addition to the property when they eventually sold the house years later.